Navigation Menu+
This website is a resource for reviewing some of the Matthew T. Small's work. It is in no way an all encompassing collection, nor a curated selection of his work but only intends to supply visitors with samples & daily updates.

If you'd like to work with, or find our more about Matt, please use the following: 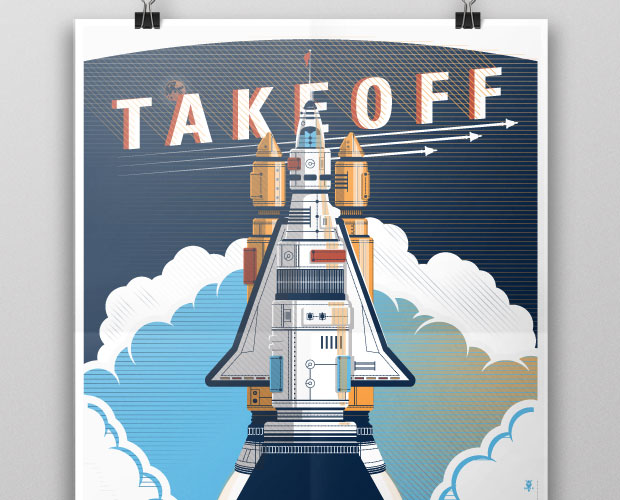 A recent, small and simple activity gave me great insight to the more complex and engaging, keyword here: design process. I was recruited to be in charge of the “kite station” at a local event for families and mainly children. The majority of  guests at my station were on average 6 1/2 (this is properly displayed with two hands, six fingers up and one very active, single digit to emphasizes the impending birthday). Each kite was very simple:  A thin, diamond shaped and plastic coated sheet of white paper. One very thin and straight wood dowel, alongside one very thin but arched and shorter, similar piece. One rubber band about the size of those used for dental braces, but 4x thicker. Five pieces of tape. One spool/handle of string to harness the eventual, flying object. And one 6 foot x 1.5 inch piece of (your choice of color here) plastic-y kite tail. I also had a value pack of colored Sharpies for communal use about the tabletop.

Can you even image what would happen if there was no process set in place? No one would have left my table without a kite.

As each individual approached and decide that they too wished to soar above the rest,  I set them about my process. One would be given the clean sheet of paper and instructed, “You may color on you kite with these pens for as long as you like, and when you are finished, let me know and we can assemble the kite together”. I would typically hand the child a Sharpie to show them it was permissible to play with these unusual markers and they would begin. I then would immediately assemble the two thin dowels into a cross shape, using the rubber band as their link, and would put this newly constructed kite frame next to the coloring participant. As the coloring for each kite came to their individual conclusions, I would have the child wave their hand for a few seconds to dry the ink, and then instruct them to flip the kite over. With the five piece of tape, I would ask, “Do you want to attach the frame, or should I?” The more intelligent children would immediately recognize my obvious expertise as “kite engineer” and allow me to assemble the frame to the sheet. We would apply the tail, by the participant selecting a color and me pointing to a place at the bottom of the kite, “I’m going to put the tape on the tail. I need you to hold it with ONE finger while I put the tape on”. This was a necessary step to making the person feel valued in the construction process, after they so willingly letting me assemble the kite body, but ultimately put themselves on the sideline.  I would not offer anyone the chance to apply the kite string, for this task requires an expert and exact method. Not only does the attachment need to be very secure and made with a pre-defined knot, but the string must pull out from the front of the kite in order for it to fly properly (Kite Mechanics and The Variables of  Attachments is Part II of this post.)

The above example is my “perfected” process after nearly 40 participants. You must keep in mind, number one did not go as smoothly. In the beginning, my attaching knot was not perfected, and the poor girl lost her kite mid-flight; (it was reattached later that afternoon, in the expert way). I of course left a couple Sharpie smudges on the table before I realized the kites needed a couple seconds to dry before being to be assembled. And there was a hot discussion with the other “kite mechanic” over wither or not the string should pull from the from or the back, contrary to the included instructions. One of his prototypes was returned with, “It keeps spinning around to the front when its flying!” We fixed that one as well.

We did have some outliners in the process. Some selected to attach the frame themselves; they discovered that the mis-alignment of the tape would cause slippage. And those who attached their own tails, never had it quite as perfectly perpendicular as I. But there was  certainly an established process in the end.

The design process is a phrase that has seemingly lost much of it’s clout of late. With so many emerging technologies, especially in today’s “digital/web” sector, at times it seems difficult to remember tried and tested methodologies. Even more so, if you are at the stage where you are simply figuring out the nuances of the of technology itself;. It can be very difficult to apply what you may consider, older principles. But even in the kite scenario, the creation and discovery of its own unique  process was specifically defined by previous knowledge of my own, working design process. Stay with what you know, use what works.

Keep in mind though, I’m certainly not saying that a new and different approach is unwanted, or unwarranted, far from it! It s very important to take a look at problems from 360 degrees, to try new processes and to experiment. We will never find something unusual or creative if we are all standing at perfect right angles. But its important to remember the value of a defined process, and no matter your entry point, apply those principles and stick to the agenda, use the design process.

CASE IN POINT: The kite I myself designed did not make it into the pre-defined “construction” stage. I instead took my design, and turned it into a poster. 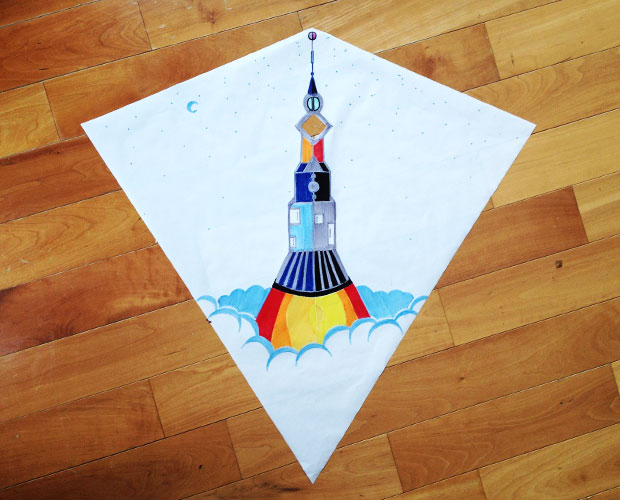 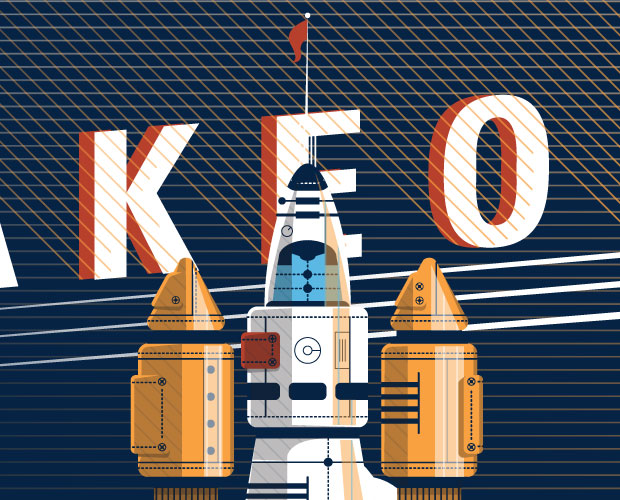 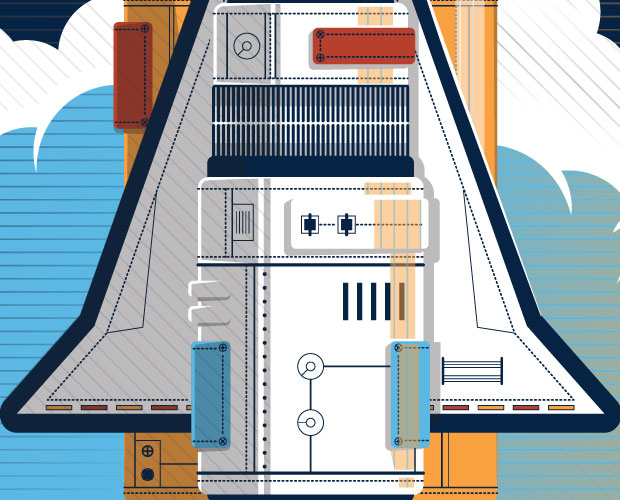 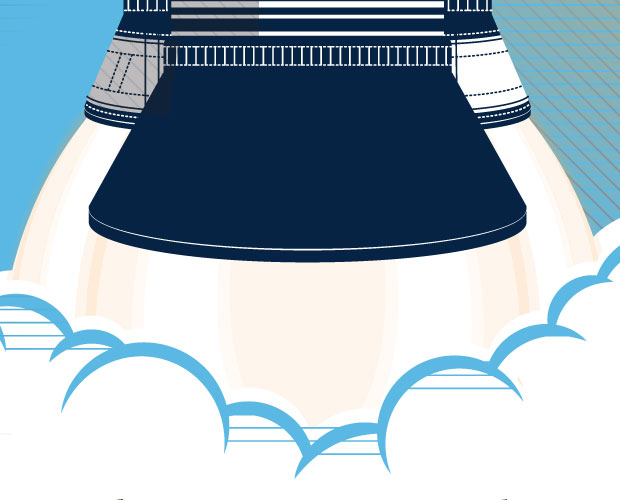 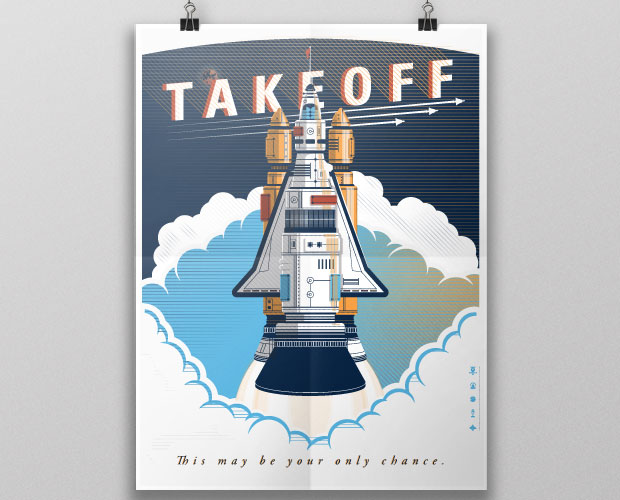